The fish feels like a wet sandwich bag of Jell-O.


“Here, feel this,” the goop-covered student says as he holds out a gray-white, whiskered creature. A thumb’s massaging sweep over the slimy, clear coating on the fish’s belly reveals its last meal.

“Those are Asiatic clams in there,” he says. The gelatinous stomach contains hard, dense bumps the size of small pebbles, and much more than a catfish the size of an eggplant should be able to hold. With a flick of the wrist, he tosses the fish overboard into the warm, summer waters of the Chickahominy River. 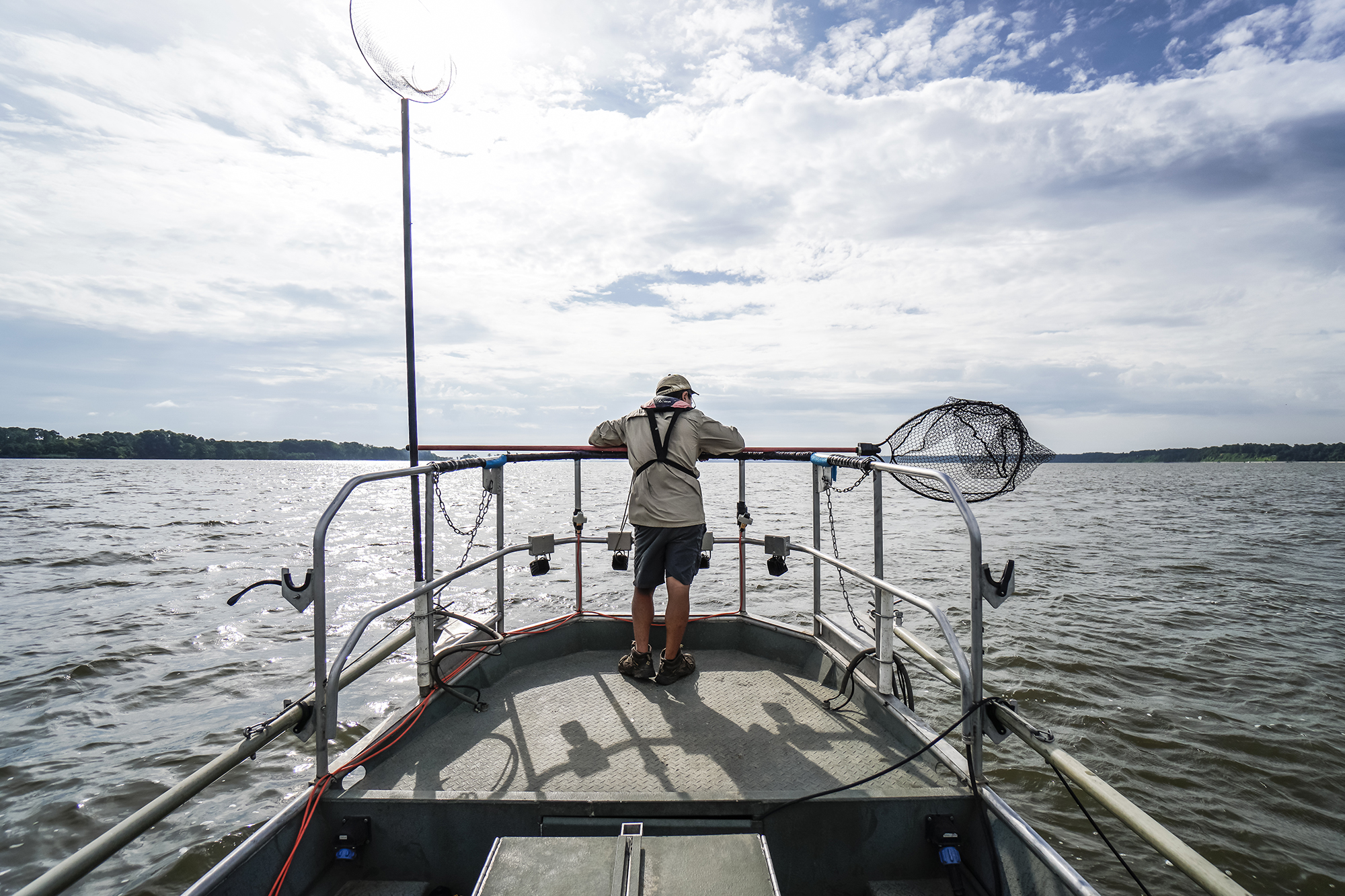 After spending four years on an unassuming, dinged-up, metal bathtub of a boat, netting tens of thousands of blue catfish, Hae Kim could identify a fish’s dinner even before seeing it regurgitated by a simple touch or the salty, rancid smell. 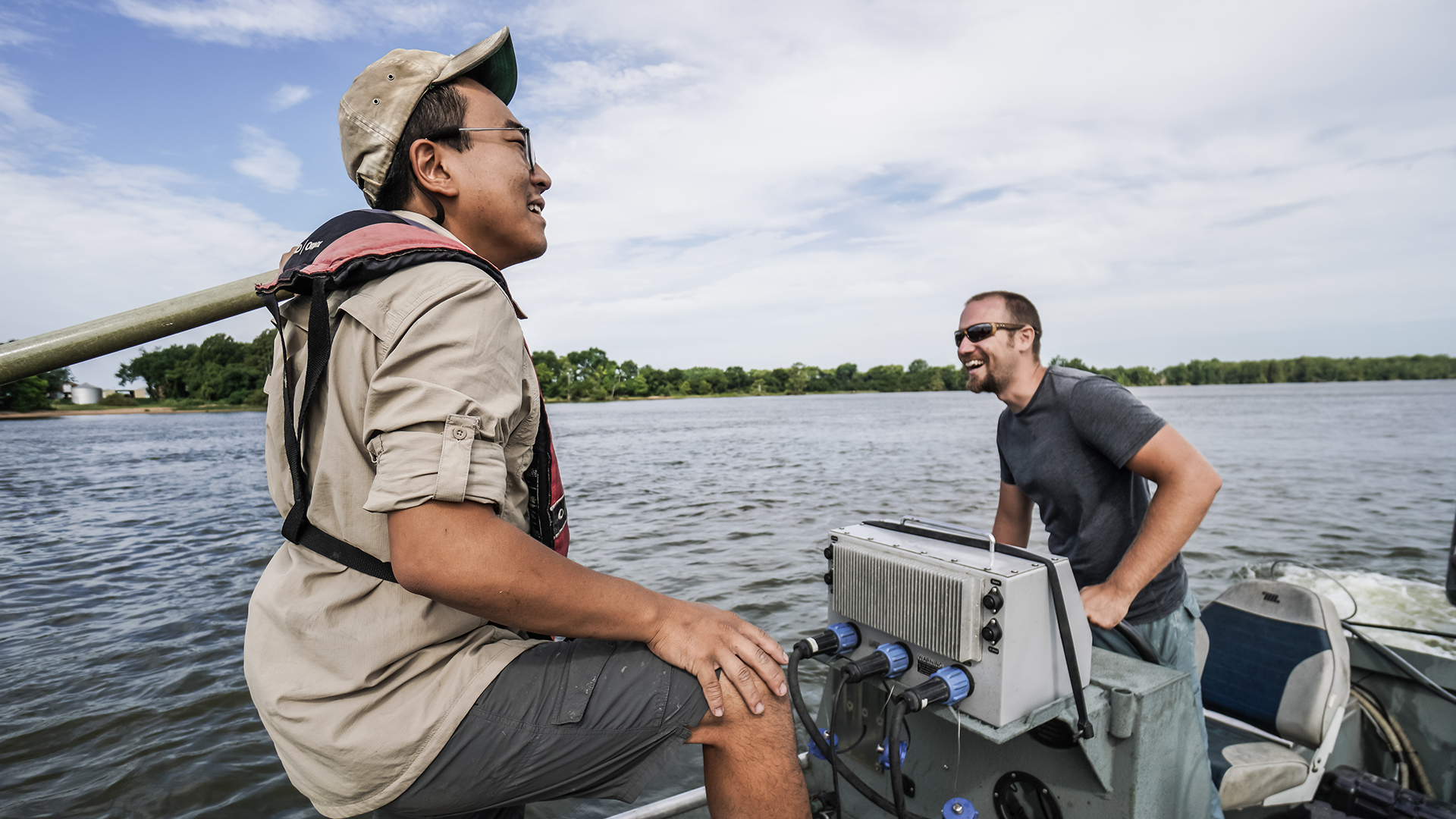 Kim is a member of a research team from Virginia Tech studying the diet of the blue catfish from the Chesapeake Bay. The team is led by Joe Schmitt, a Virginia Sea Grant Graduate Research Fellow, and PhD candidate in the Department of Fish and Wildlife Conservation at Tech. 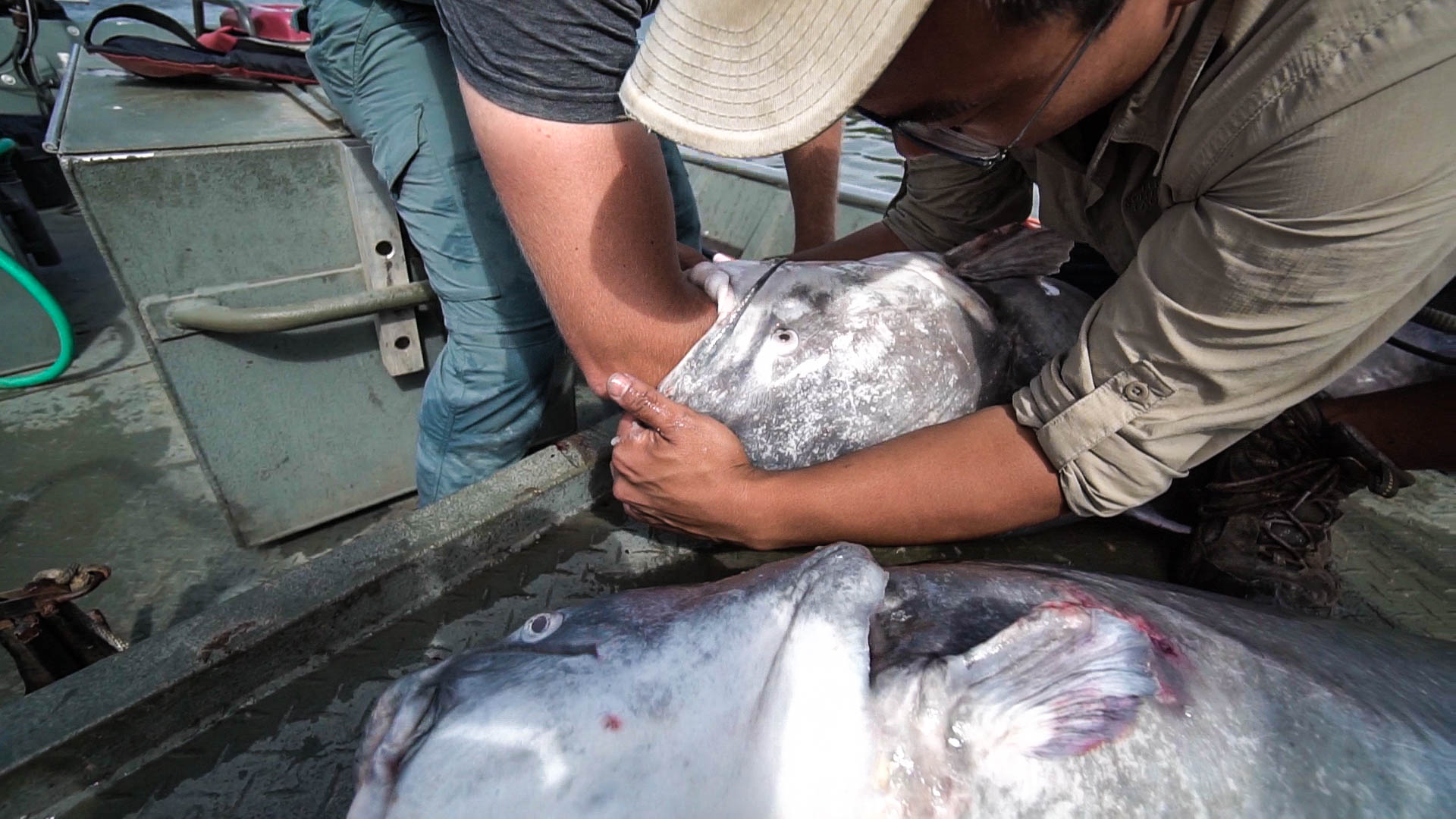 “We have been gagging and bagging blue catfish for the past four years now,” says Schmitt. With a stretch of his arm into the mouth of a blue, Schmitt can bring to light what may be happening below the water’s surface, issues that began long before he stepped foot on a boat deck.

The 1970s were trying for the James River. After Richmond used the water as an open sewer in the 50s, Hurricane Agnes ripped through the city, and brought about the worst flooding in 200 years, the water height reaching a record 36 and a half feet high.

Within three years of Agnes, it was discovered that the chemical kepone had been dumped into the river by a factory in Hopewell. Workers fell ill from exposure to the neurotoxin, and after a few months the state shut down the James River to commercial fishing. The breakdown of kepone is a painstakingly slow process so the ban lasted for 13 years, devastating the industry.

The river—infamously known as one of the dirtiest in the country at the time, and often considered in the same light today, became a breeding ground for blue catfish. These enduring opportunists, and natives of the Ohio, Mississippi, and Missouri River basins, slowly gained ground beneath the storied waves of the James for the next 20 years.

The density of blue catfish in rivers like the James, grew so much that it became a concern for ecologists and management bodies such as the Chesapeake Bay Sustainable Fisheries Goal Implementation Team (GIT). This organization, comprised of scientists and managers, along with other groups, saw the catfish as a destructive invasive force.

One common definition of an invasive species is a non-native organism that has a negative impact on the ecology or economic value of the habitat it moved to. GIT was concerned for the native populations of blue crab, American shad, and river herring, all species that have seen drastic declines in the local rivers, and found in the bellies of blue catfish. How many stomachs are full of these species is the subject of debate among scientists, managers, and anglers.

In a 2012 adoption statement called the Invasive Catfish Policy, GIT agreed to develop and implement management measures to mitigate the population growth and expansion across the rivers, look into developing a commercial fishery, and improve scientific understanding of the species and its impact.

"The narrative started to build around this species. A paper came out in 2000 that called blue catfish apex predators, even though there was very little scientific information to substantiate that. The media picked up on it, and created this environmental hysteria which is par for the course on invasive species," says Schmitt.

Each perspective of the blue catfish issue is unique to its originator.
Click one of the options below to follow their story.