One possible solution that has been explored is to develop a larger commercial fishery, but the local public may be hesitant to eat their way out of the problem. Kepone is still found in two-thirds of striped bass and white perch fish sampled in the Bay, more than 40 years after the dumping stopped, but at levels less than the “action limit,” set by the U.S. Food and Drug Administration—the amount of poisonous or harmful substances allowed in food. Most of the kepone left in the river lies across the bottom, attached to sediment.

Many, however, agree that it is safe to eat the small blues, the focus of the commercial fishery. They tend to be younger and less likely to have accumulated harmful chemicals, like the toxic, manmade, organic compounds, polychlorinated biphenyls (PCBs) and kepone. “I would eat blue catfish from the Mattaponi and Pamunkey Rivers,” adds Schmitt.

But what about the big blues, those coveted behemoths?

They’re getting harder to find, according to some recreational anglers, which follows the usual patterns of invasion ecology. The first “boom” of a species emphasizes a few individuals, allowing for organisms like the blue catfish to grow quite large. As the population grows dense, the size of the individuals tends to decline, making it harder to find the trophy-sized cats. But that isn’t the only reason the giants are disappearing. 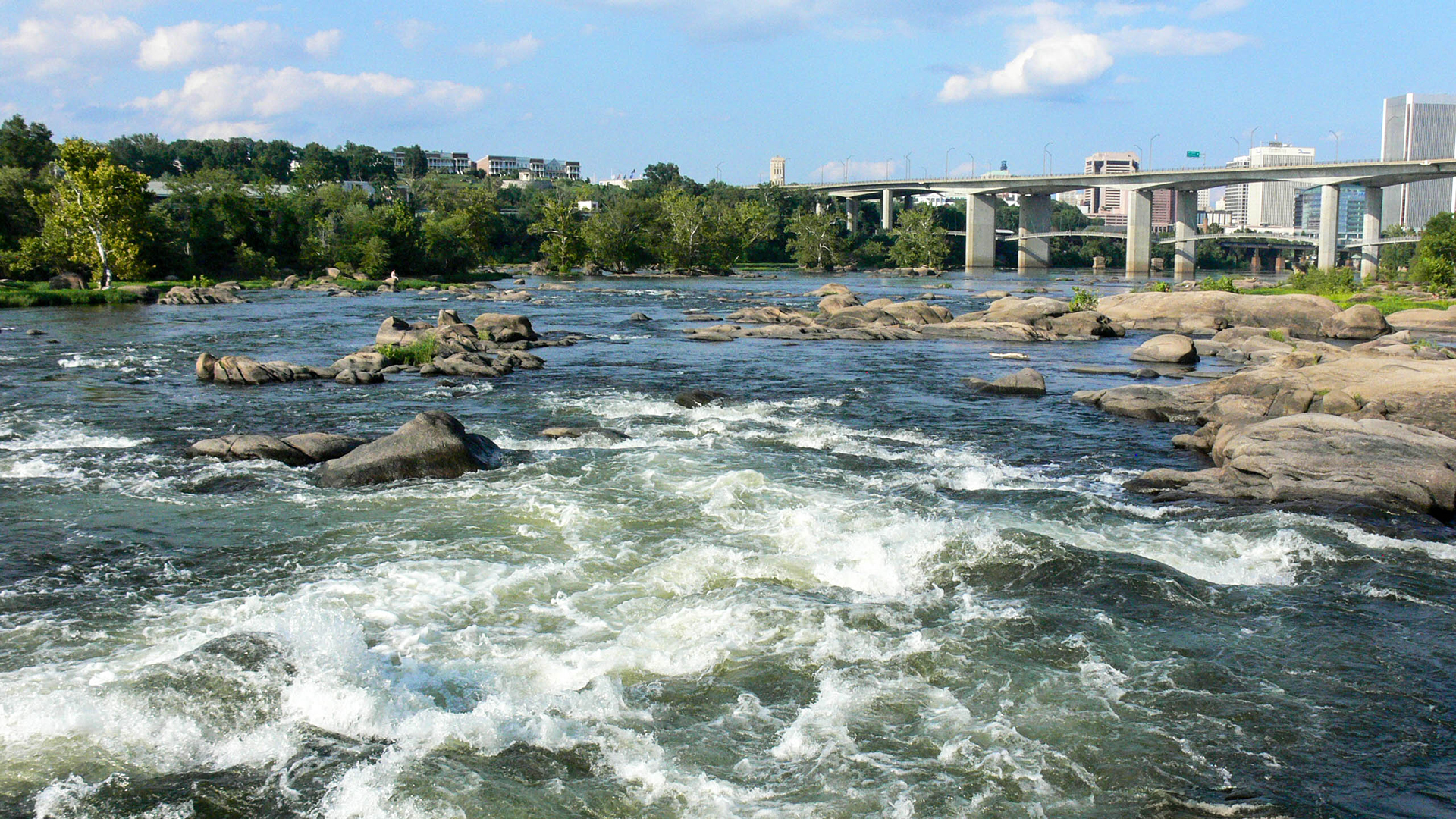 Mike Ostrander, a local captain who has been guiding blue catfish fishing trips for 17 years, has noticed this decline in trophy-size fish landed. As a result, he has experienced a 50 percent drop in business.
“The James River at one point was a nationally recognized trophy fishery for blue catfish. I can’t say for certain why there was a drop in the biomass of large catfish, but it is likely due to a number of different reasons. I think one of the first things that happened, years ago, was some kind of market developed for the large catfish. I believe some of the larger catfish were being captured from the river and transferred to trophy lakes around the county,” Ostrander says. 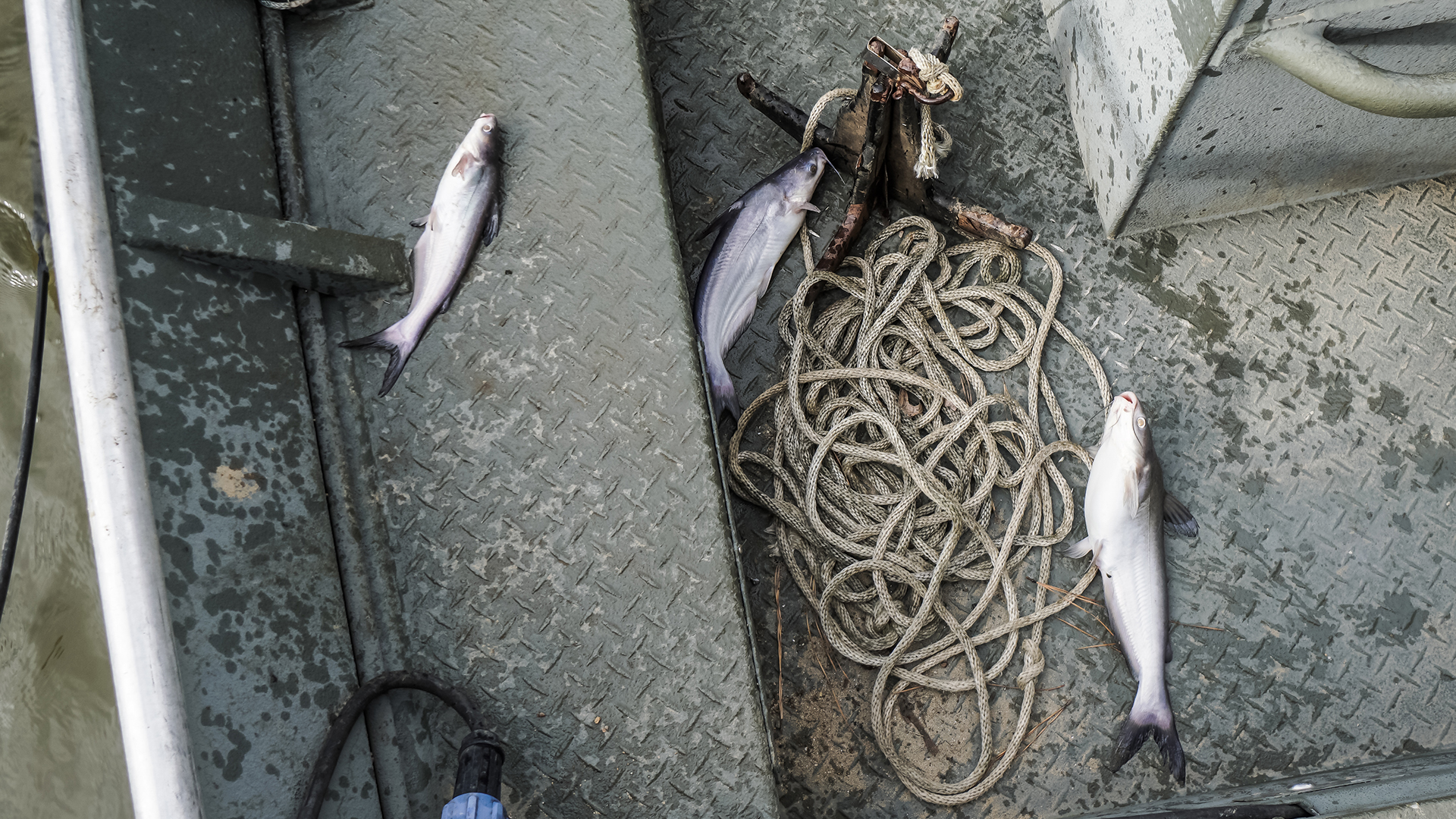 Science tends to back up the anglers’ distress. In 2006, the Southeastern Association of Fish and Wildlife Agencies Journal published a study calling attention to the difficulty for blue catfish to reach trophy weights and lengths. This element of ecology makes it easier for the harvest of large individuals to destroy the trophy fishery in a given location. In response, some Midwest states have restricted their harvest to preserve the economically valuable fishery. 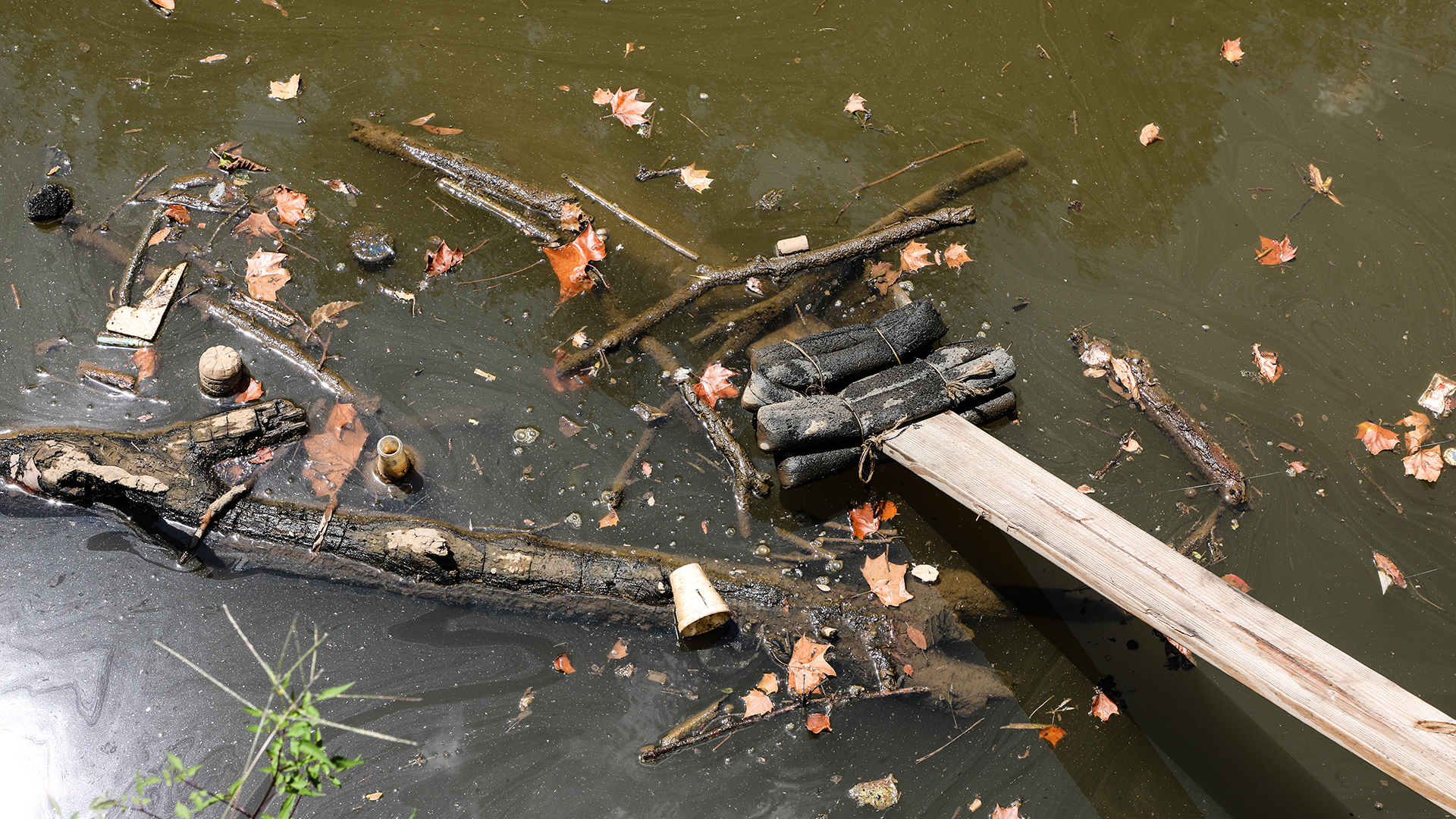 Ostrander also believes that pollution from coal ash dewatering, trawling that kills endangered species when they get caught as by catch, and dumping raw sewage into the river following heavy rains, makes humans more invasive than the blues. “I think people, not catfish, are the main cause of the demise of the native species,” he adds.
Ultimately, Ostrander says, “the catfish are likely doing something, but it’s probably nothing compared to the poor water quality they have to survive in.”

Regardless, recreational anglers will see Ostrander continue to work on the James. “I don’t know what I will do, but being a creative guy, I’ll figure something out to keep living my dream of working on the river,” he resolves.