Charles Gore had been a resident of Ingleside for nearly 10 years when he awoke suddenly at three in the morning to the sounds of a raging hurricane. Looking out of the window, he couldn’t see the pier that jutted from his backyard into Broad Creek—only the seething of dark waves. 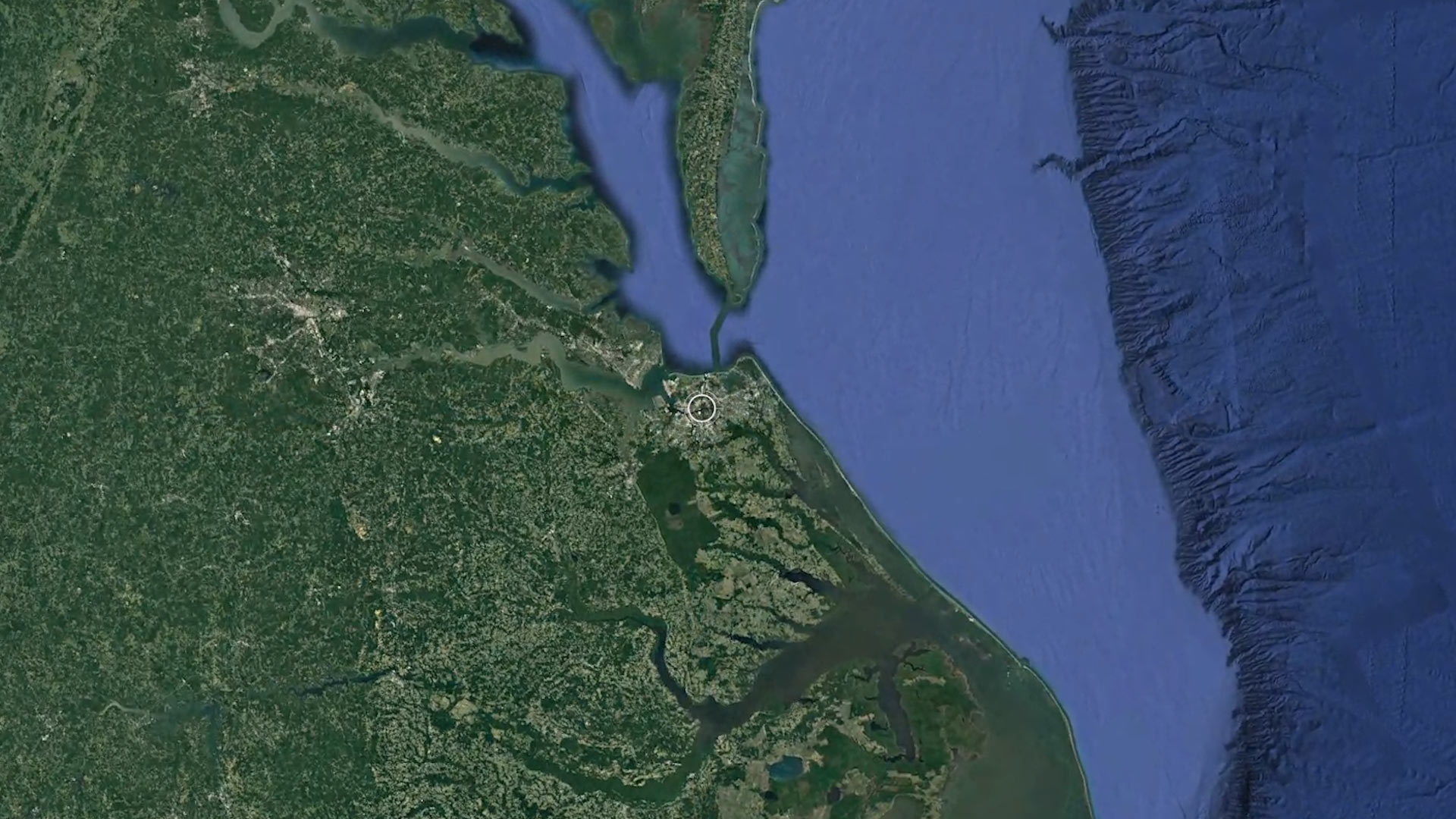 A NEIGHBORHOOD UNDER WATER

The neighborhood of Ingleside lies in a waterfront suburb of Norfolk, Virginia—a city that simultaneously relies on and lies under threat from the sea. Sitting at the mouth of the Elizabeth River where it pours into the Chesapeake Bay, only just above sea level, her residents are no strangers to flooding.

In Ingleside, homes like Charles Gore’s, with backyards directly on the creek, risk flooding with nearly every large storm event. Hurricanes and nor’easters spinning into the coast trap the tidal waters against the shore, causing the creek to spill its banks into the neighborhood.

RISING TO THE CHALLENGE

Faced with a problem that was only getting worse, the residents of Ingleside decided to rise to the challenge of the water. Just as they were needing a solution, two non-profit organizations were looking for a neighborhood willing to tackle the flooding from a unique angle.

Wetlands Watch and the Elizabeth River Project were searching for a neighborhood to implement a new project that would address flooding issues on a hyper-local level. Using the expertise of Architecture students at the University of Virginia, the organizations were hoping to modify typical rainwater and erosion management techniques to solve Ingleside’s unique flooding issues.

The result was the Ingleside Project, a highly collaborative venture focused on the specific needs of the neighborhood. The project would bring together people and resources from different disciplines and through this collective effort, begin to make a difference in the way neighborhoods, the city of Norfolk, and cities across the east coast, address flooding as sea levels rise.

Each collaborator played a unique role in crafting solutions. We've documented their journey.
Click one of the options below to follow their story.